"Why are you going to Amsterdam if you don't smoke?" A question from my friend before leaving, makes me smile every time I remember it. If you came here looking for some crazy juicy stories from Amsterdam, keep looking. I'm sure a lot of (young) people go to Amsterdam exactly for sex, drugs & alcohol. I chose to explore the other side of it: beautiful city, great culture & museums.

If you don't know what the series are about you can read the intro.

A few months before my birthday I was starting to think what I should get myself for it. It's not like I care a lot (any) about my birthday. It's just what most of the time I can remember what is the date so it's easy to assign some crazy gift/event with it (like testing operation table for the first time or quitting my job). The runner was to get a tattoo. I don't like or understand tattoos, but it would be another thing I done in life. Wondering that kind of tattoo? A black dot (probably below my belly button) and if someone would ask what it means (tattoo must have a meaning) the reply would be "I dot F...ing give a S..t" (aggressive, but effective). Then I remembered my promise to return to Amsterdam for at least a week. The first time I visited I was acting like some stupid tourist (going through shops, etc.) and it was only for half a day. From the map it looked like a great city with a lot to see. We have a winner!

I spent a lot of time trying to decide what kind of a trip it should be. First was thinking about traveling around whole Netherlands (it happened in a way, but you will read about it at the end). After some calculations decided to just take two weeks off, working as little as possible and just stay all that time in Amsterdam. Tickets purchased, places booked, map marked with places to visit (didn't think about keeping it so can't share it). Only need to wait until the end of June. 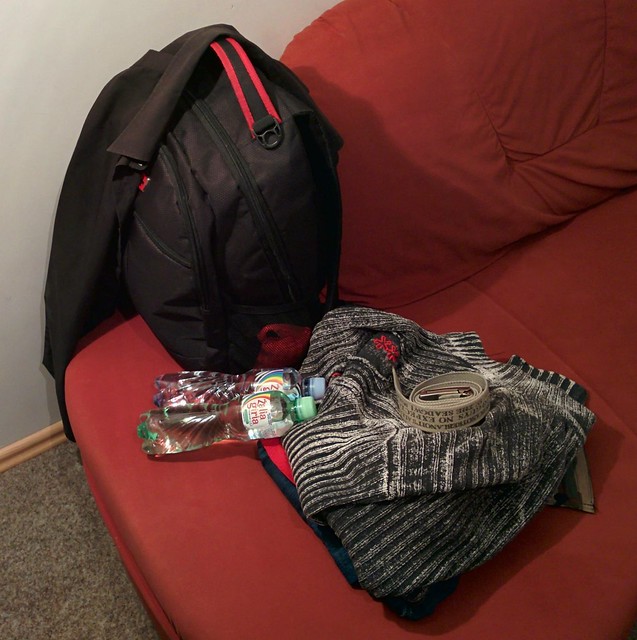 Few hours later after a strangely pleasant flight (don't like them) was back in Eindhoven. A few years ago I lived in this city for a few weeks through ERASMUS. You can take the bus or the train to the Amsterdam. It costs about the same and it takes about the same amount of time. The bus is near the airport exit, but it looked like you should have a printed ticket for that (maybe someone knows if you can buy the ticket from a driver?) so just decided to use the train. At the same time I would grab something to eat at city center. While reading a cafe menu almost got hit by a car. A great way to start your holidays/trip is on the front hood of a car as an ornament. Maybe I lost my appetite or maybe the menu didn't had anything tasty and decided to try to reach Amsterdam before some other car tried to take a bite out of me.

Before you arrive to Netherlands - get a lot of € coins, a lot, like at least 20€ worth of coins. Why? You need them to buy the bus/train tickets and no one has any coins. You could pay with a debit/credit card, but I was against that as you get a 2% charge for paying with a card. Also I try to avoid having my card while trying and keep it at the place I'm staying. If I loose my wallet with the money in it I just lost my money, I can always get more at the ATM. If I loose my wallet with the card in it I'm just left with that I have in cash. Just a safer choice in my opinion. You can buy a ticket from the office with an extra charge. Now that I think about it the price is probably the same in the end.. Still stupid.. Forgot to add that some places accept only cash, some places accept only cards and some places I'm not even sure accepts anything. I work with technology, I know it fails. What do you do when you can't accept card payments? Tell everyone to F... off and close down the shop? Well in short just know what you will be charged for paying with a card and always check which payment methods are available.

The trains have a free WiFi allowing you to contact your host about your arrival, search for information or just read the articles. Which I did as the first half part of the trip is boring. The second half starts where the sea should start so it's more interesting to look at the canals and ships. I have planed my way from the train station, but the more I looked at the map the more doubts I had about reaching it. Must be my paranoia, I'm sure it will turn around somewhere and I will go to the train station. At least I thought so until the voice over the speakers went "This is the last stop, please get out", crap. So, I'm in the Schiphol airport. WiFi is not working anymore. Everything is in Dutch and I have no idea which bus goes to the city center. I guess I could always walk to it, it's only one screen away, the same distance as if walking to America. All the thoughts were gone once I found the tour mini-bus which was giving information about how to get to the city and selling the tickets.

While studying the map provided with the ticket I was starting to get doubts again about reaching the train station (it can be confusing until you get your bearings around any new city). Decided to just risk it and get out at what looked the closest stop to the place of my stay. Made the right choice and got out on the street I needed. The sun was shining and atmosphere was refreshing. It's nice to be back in Amsterdam, this city does have something special. 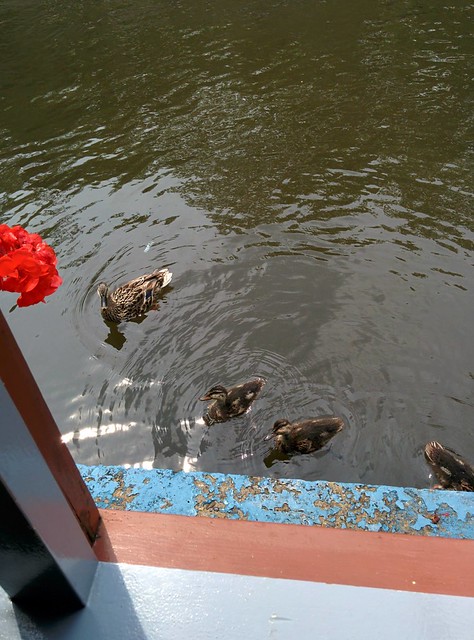 That I love about traveling and booking your places through airbnb is what you can try some interesting houses without having to make a long term commitment. My first house - a house boat. Even if it's only for one day (it had some maintenance issues) it's a new experience. Somehow I missed checking the rest of the photos of my host and was expecting some tall guy. The door opens and I see someone who looks like Mr. Chow from Hangover movie, even his voice was similar. "You're Andrew? Hi, you look different than in your photo. Come in, sorry, I'm still hangover from yesterday, come in come in." After all the formalities of explaining rules and suggestions, I looked around and took a big breath of air overflowed with excitement. It's strange when you look out the window and water is like only a hands length away and when a big fleet of ducks start swimming your way for their payment of food. Can't even remember it without smiling. Another strange thing is tourists swimming in boats past your window, especially when you're peeing.