I won't remember that I did in chronological order. Will try to write about the places I visited and my thoughts about them in general.

As now I had museum card it was time to start visiting museums. My suggestion is to either ask your host if he has one or maybe buy it. Depending on how long you're staying and how much you want to visit (Amsterdam card might also work). It's great because if you're visiting a lot of places it can save you a lot. You also don't need to wait in general queue and most of the time can just go in (going through a special queue which rarely has any people). 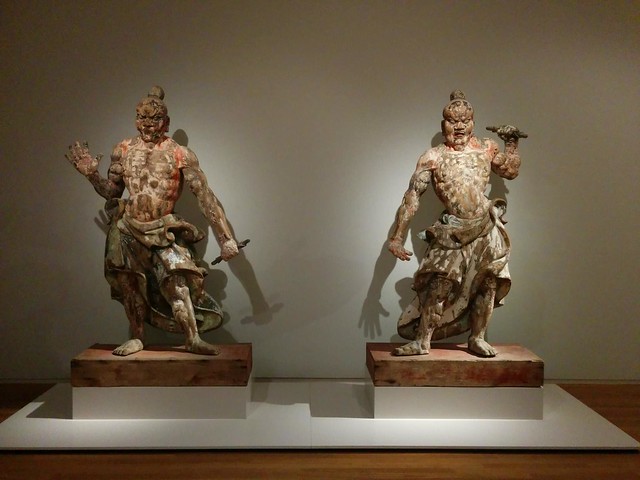 I haven't visited it this time, but I would suggest to visit the sex museum which is near train station. The ticket is cheap and you will find a lot of funny items in there.

Van Gogh museum I found interesting. It can be hectic at times with people making long queues. If you just gonna enjoy the paintings themselves, read only about the ones which make you really interested and be unconventional (going opposite direction than everyone) it can be easy to navigate it. Some paintings I liked, others not so much. Even thought after seeing the paintings I think he was a good artist I don't really care about that. That fascinates (I knew this before visiting museum) me about Van Gogh is his choice to paint every day. This is the great reminder that if you do something every day the compounding interest will pay off in the long run. You could also see that he experimented a lot. This is a great idea to keep in the back of your mind, not just do the same thing you did hundreds of time, but to be brave and try something new. I also found his "mental problems" interesting and would have enjoyed to get more information about it. My recommendation for this museum - visit it.

Close by is the Rijksmuseum which is hard to miss. You might go by it even if you're not planing on visiting it. I think the toilets are in public space (as far as I remember) so it's an extra reason to visit it (especially for female visitors as they can't take a leek in the street). The museum is big. As I missed where you could get a map navigating it was a bit of a challenge trying to decide if you went down this corridor or not. It's split into many cultures / times / purpose blocks so you will see a lot of different things. Parts of it can be explored in a relaxing manner. Parts of it are so saturated with tourists that you just want to get away as far as possible (especially the paintings). I think the book lovers would especially like the library as at least my first thought after entering it was "I want this room." At least before I remembered I'm allergic to things. It will take a while and some legwork to visit all museum, but I enjoyed it and suggest to visit it. 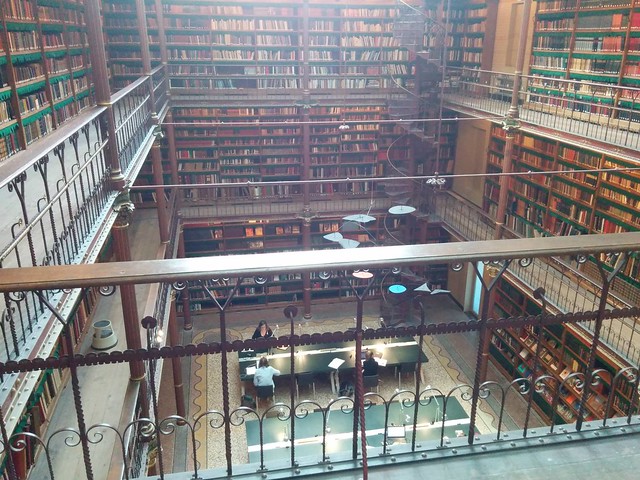 If your stay in Amsterdam is short and you need to optimize your visiting this general area is a great start. You have the Rijksmuseum with small a park (a nice place to sit down, relax and read a book). On the right side you have the Van Gogh museum. Between them is the small pool and a park and a big letter sign. On the right you also have some other museums.

For me I didn't find the diamonds museum that much interesting. That is because of my personality. I just can't understand the point of paying so much for some shiny, useless (then used as a jewelry) peace of stone. For me it's worth as much as some fake stone for a few bucks. They still look the same and as you won't be sawing any walls they both serve the same purpose of being useless. If you have some free time to kill you might go visit it, it wasn't the worst place I visited.

Close by you will find House of Bols, the Cocktail & Genever Experience museum. Which I visited mostly because of "learn something and get drunk, sure, why not" (being sober wasn't on my plan at that point in life). I would just suggest to skip this one. It isn't cheap, you won't learn a lot and most of it feels like being in a big commercial and the drink at the end isn't that good (at least mine wasn't). Rather buy some snacks, a bottle of wine and go to Vondelpark which is close by. Have a picnic. If you would like to eat behind a table there is a street which whole focus is on food. Just can't remember where, but if you would walk past it you would notice as everyone is trying to get you inside. Walking away often is met with additions for free drink or some other way to sweeten the deal.

As my walk from the place I was staying to central streets always led through Amsterdam museum I decided to visit at some point. Not for long. I found it confusing (navigation) and requiring a lot of attention/effort. It soon looked like something I'm not enjoying and just left. Your experience may vary.

In the center square is Madame Tussauds wax museum. I was trying to decide if I should visit, but in the end decided to skip it. Mostly because seeing "From this point on you have only to wait 20 minutes." How about, No. Also, looking at wax sculptures of the people I don't care about isn't something I find exciting. Especially when you can see much more excitement by walking down the Red Light District which is only a couple minutes away. Close by is a church to which I went simple because I had a free pass with museum card. Also to test if I turn to ashes after going past the doors (I had my doubts). Meh, there are more interesting things to see. Quick circle around and I'm out the doors (also don't want to take the chance on turning to ashes, just in case where was a lag in the system).

From tourist kiosks you can buy the tickets to museums/attractions. Depending on what you get it can save you at least a few euros. In my opinion it's worth to check out the options, especially if you know you will be visiting them. Just make sure you have all the information about the ticket. For example if you buy the ticket for Body Works you're allowed to use it only from 4 pm (there are other options). It only works until 6 pm so you would want to there as soon as you're allowed to use the ticket. I was thinking that about an hour should be enough for it so arrived a bit later. That I didn't take into consideration is how big it's and it would be so fun that I will want to read everything. Everyone would have his own definition of fun. As someone who gets hungry watching an autopsy I found this exhibition a lot of fun. You start at the sixth floor and go down until you reach the basement. Every floor has a theme, like bones, muscles, reproduction, sex, etc. The first few floors I was able to explore undisturbed. Then an employer started shadowing me blocking the doors back to the previous floor. Then she started asking if I knew they worked until 6 pm and in the end just plainly suggesting what you might want to pick up the pace. The basement contains the sex theme and if you ever wondered how the act of making love looked from inside this is your chance. I would highly suggest visiting this exhibit, but I think it would depend on how hard your stomach is.

You might be inclined to drive a bike around Amsterdam. I would just suggest simply walking around. In a nice weather it is relaxing. You're able to pay more attention to your surroundings and Amsterdam has a lot of nice places and hidden gems. Just make sure you pay attention and don't stand in goofing around in car/bike road.

During some random walks I found a few rich people houses made museums including free entry with museum card. Some have some pros to them like a nice garden. Others might have some strange things like a church in the attic. In summary it wasn't bad to learn how people lived before we had internet and computers and it was a way to kill some time. That I liked about visiting them is that it hardened my choice of being minimalist as all that to me looked so pointless. You might have already noticed this about me, but after returning back home I'm almost put everything I own in the middle of the room and put it on fire. Made a compromise to send everything I don't need to my friends the next day.

The museum card also allowed me to visit a photo gallery and I was pleasantly surprised. Part of the gallery was closed and part of it just tried to sell you something. The thing I liked and was surprised by was that it was having an exhibition by Larry Clark (if you don't know who he is just know that it will be NSFW).