tl;dr; Headbutt the problem and solve it right now as it won't go away

Funny thing is on 2013 I was burning a bunch of personal crap (dreadlocks, paintings, clothes, etc). A year later, I'm burning the rest of my personal crap (letters, talismans, diaries, photos, etc.). Remembered that a year before I was doing the same thing and stopped smoking. Thought that it would be great if I stopped drinking after this burning. 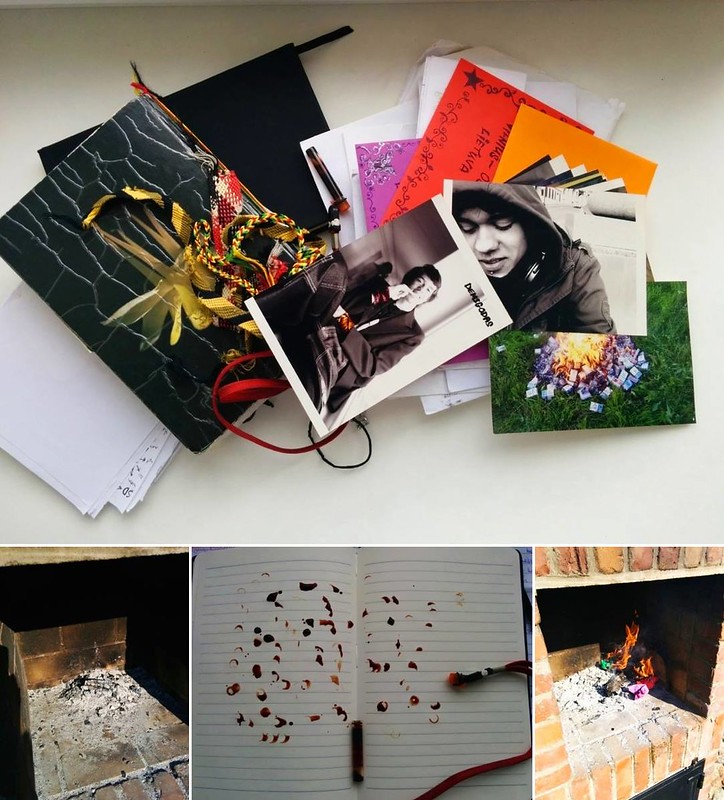 It wasn't exactly easy and my though always was to not give any of them away. I liked both of guilty pleasures a lot. Actually, I thought it would be impossible to give them away. But once you challenge yourself you find that "impossible" is just a state of mind. Everything is possible when you don't know it's impossible. Or don't allow yourself to fail before trying.

I'm not against smoking or drinking. I'm not saying I won't start doing it ever again. I do know, I don't want to do them ever again, but I don't know if I'm yet strong enough to keep it forever.

Even writing this article requires a lot of willpower to keep yourself from thinking how delicious is a thick smoke filling your lungs or a cold alcoholic beverage touching the tip of your tongue.

Only my thinking changed - they are the same as crutches are for a healthy person. Most of the time they are only hiding a deeper issue which won't go away. Feeling stressed? Go have a cigarette or a cold beer. Yes, it will get better. For now. The problem is that the issue is still there. Only hidden under a wall which will crumble like a sand castle.

An believe me, the mind/body plays tricks on you trying to trip you. "Oh, this is such a perfect problem to have a cold beer over. Let me start you salivating from your mouth." But if you win and reply with "No. It won't help with a problem. It won't solve a problem. It won't make me feel any better now or tomorrow and I will still have the same problem the next day. It's time to think how to solve this problem." This moment is so empowering as you know that you took the hard way out, not the easy one out.

Stopping to drink and/or smoke might have improved my health & finances. But the most important skill it taught me is to take the hard way out and solve a problem right away, not to hide away from it.

Have you tried to stop drinking or smoking? Have it taught you anything?