Even after 6 weeks in Spain I haven't got used to Spanish time. I have no idea when they work, when they sleep or do anything else; I just know it's not compatible with my personal clock. It's refreshing to walk around the city early in the morning without meeting anyone. Maybe I like the idea of the apocalypse where everyone dies or maybe I just like some personal space, but what I do know is that it's fun.

First things first, as I'm the person who likes to be prepared the focus is to find the place where I should live. With the GPS cached on my phone and Barcelona being split into little squares it's not hard to follow the streets to find the one I'll be living at. The address had a strange "º" in it, but I didn't pay any attention to it. Well who cares, I'm somewhere in the vicinity and I will figure out the rest when needed. As I will probably won't have cell phone coverage or internet, I asked my host to meet me at noon. A few hours till noon so it's a great time to explore the city (it's easy to do when you travel light).

The La Rambla main street is the main tourists street. I liked it for being great for people watching. Of course, because it's the main street people are not the only thing you see. You can also see some interesting activities going on, like cops running after a thief. And from what I read on the internet it gets even more interesting once the sun goes down. Following my tactics for walking (walk where your eyes look) I soon reach the sea. As someone who is always attracted by the water or by the sky, this is the great place to sit for a few minutes and relax. 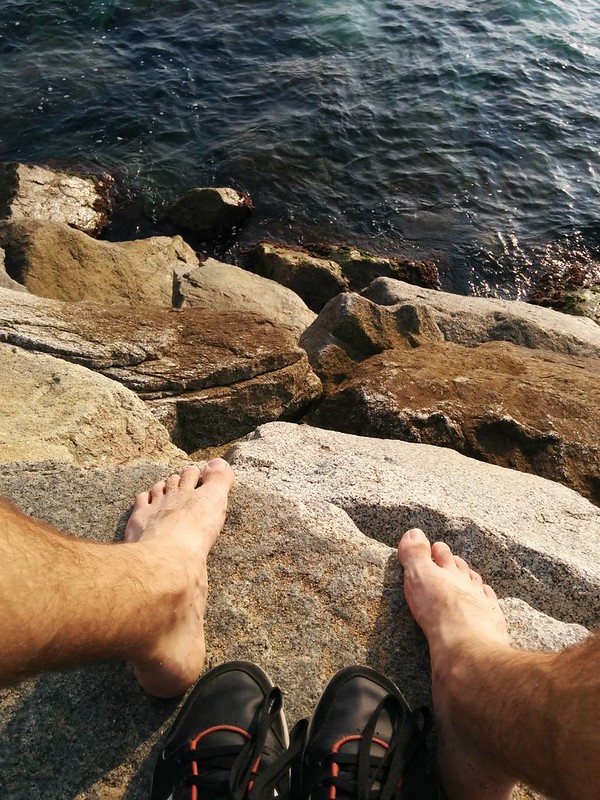 As I was starting to get a feeling of the city, I made getting a local SIM card a priority. Having one could expand my opportunities. I had more success with this task than I had in the Netherlands, but not without glitches. First make sure you're getting the prepaid card, consultants are eager to sign you for a monthly contract. It's not so easy to understand that without asking, because even to get a prepaid SIM card you need to give your passport. Why do you need to make simple things so hard... After a while my card was set up and I could use it to call and connect to internet. Being used to my own country phone providers I missed that part that SMS is not included (only calls and data). I sent (or tried to as the host has not received them) a few messages to let my host know I will be at the place after I eat something.

The funny thing is that after eating I could not use my phone for calls (you just hear some words in Spanish before the call ends) or access the internet. I fixed that after a few days by putting some money in my account. This happened because I "used" my account before the plan was activated, so I was charged for those services, which made my balance negative which in turn freezes my account. (facepalm) *deep breath out while holding fingers on the base of nose with eyes closed*, "fine, just fix it" was my response to this BS.

Another funny thing is that in Barcelona you can find free WiFi everywhere. Unfortunately at all the places I could find you either have to download some app or you have to register with your personal details... And you will receive your login details to your email (facepalm). Why do your have to make everything so complicated...

So, it's almost half an hour after the noon, I have no way of communicating. The great thing is that you start adapting fast when your ass is on fire (the good kind of stress). It didn't took me too long to figure out where the place I will be staying in is and meeting with my host.

The place I booked, well.. I start rising one eyebrow when I have to move through a narrow street which keeps you alert just in case someone decides to spill a piss pot out the window. The stairs to the room are great for snapping your neck off, good thing I'm not drinking anymore, otherwise it could be dangerous. Also great that I travel light as someone traveling with a big suitcase would be spending at least half a day taking it up the stairs. The good thing about the room was that it had a private bathroom. Well actually it's the only good thing about the room. The vomit colored walls, Spanish melodramas from the rest of the house, knowing when someone used a bathroom, mosquitoes and a "balcony" which makes you think you're inside some third world country prison I didn't find that welcoming. 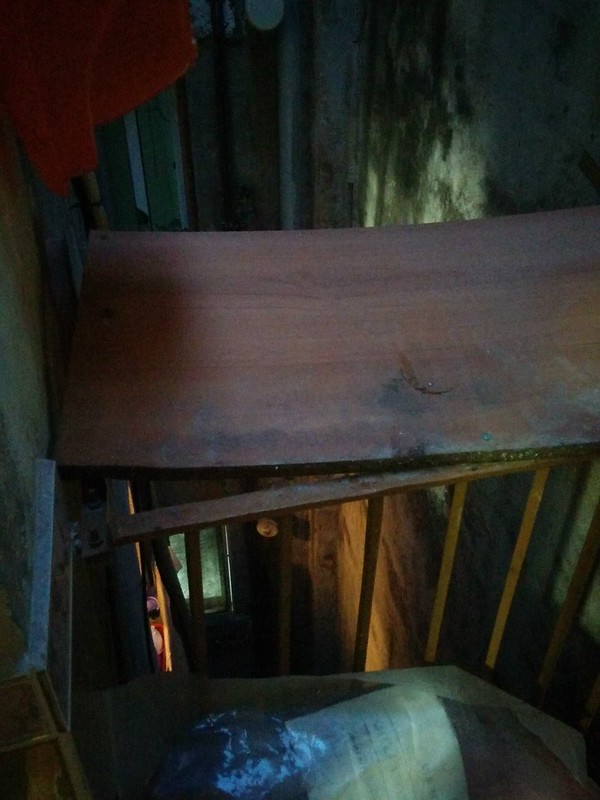 Well, it could be much worse and I guess it's an opportunity to apply some stoic philosophy, so after some regrouping went out to explore the city. The sun is shining, weather is great (and I just arrived from negative temperatures) and it's a wonderful day. While walking around the city it's still enjoyable to see some palms and parrots in them. It doesn't take long for that to become unnoticeable, but for a while it's something special. I wasn't able to find that street again, but it was fun finding a big sculpture of the cat. All the walking from time to time makes you want to sit down for a few minutes to relax. Which is not very enjoyable as you're attacked by a bunch of flies right away.

The beach is lively at the day like this and it's wonderful to relax in the sun. Of course expect your relax time to be constantly interrupted by suggestions for massage or drinks. After a while you also start to ignore the beach vendors and just automatically reply with NO. You can find some sand artists along the beach or to be flashed by some naked human genitalia, nothing out of ordinary. 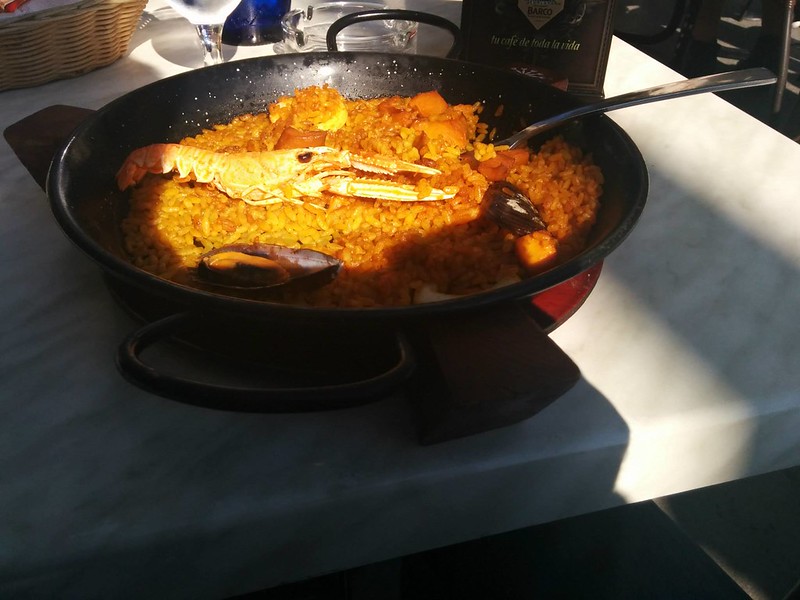 In the evening expect to be harassed by food vendors. In Spain the tip isn't expected, but keep in mind that you will have to pay an extra fee if you eat in terrace/outside. I didn't find Spanish food to be that much to my liking. I enjoyed calamares and gambas (the small ones), but other than that I don't find the rest of the food that great. Also too much screwing around to get the food in your stomach. That I liked about eating in Spain is that most of the time you get some olives while waiting for your food. Could definitely do without the bread (and often it doesn't look that trustworthy). For drinks you can get a bucket of beer (cerveza) or sangria. Or for someone like me who stopped drinking your choice is a small bottle of water or cola.

After getting back to my room it felt more like being in a bar than in a private room. Loud music, applause, screams included free of charge. It didn't take too long to decide that I won't be able to work in this place for a week. I had to move. An hour later I had a new place booked, informed my host that I will be staying only till tomorrow and ready for more adventures.