Looking at the map of Barcelona it might look boring as it's only vertical and horizontal lines. This does have a few pros. One of them is that it's easy to navigate. Just choose your direction (you might even have something high for a placeholder) and just zig-zag your way to it. This allows you to choose a more beautiful way, if you find a nice street with lots of trees, just follow it until you have to turn or it ends. Another great thing is that if you need something (pharmacy, market, restaurant, etc.) and you missed one, just keep on going. After a minute or two you will have another one, and after few more minutes another one and so on. 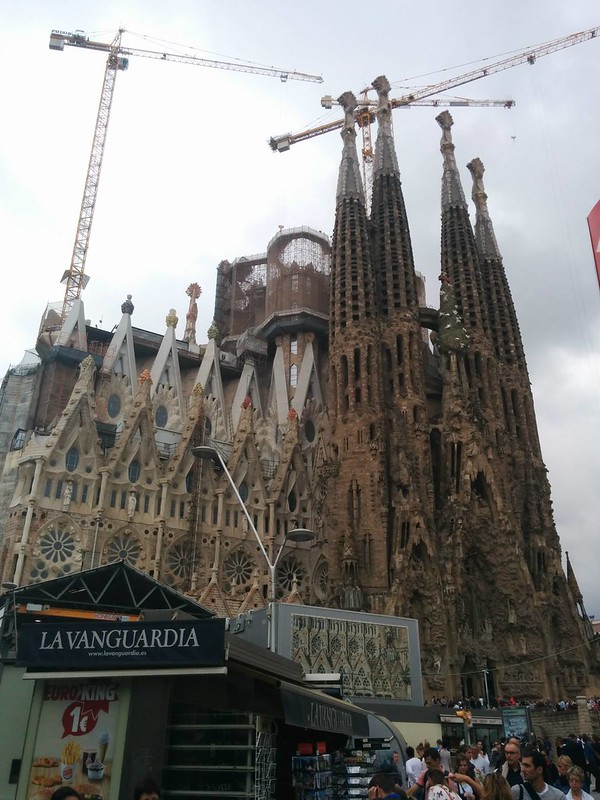 This time I moved close to La Sagrada Familia. It's a great placeholder for finding where you live. But as a pragmatic person I can't understand the point of building four walls and a roof for centuries. I'm not saying it's not "amazing" or not "beautiful," but I just don't get a point of it. Looking at the map this might look far from the center of the city, but it's not so bad. An hour of walking and you reach the beach, it also allows to explore other sides of Barcelona. The view from the window wasn't that great (which happens for most of Spain due to architecture), but it was an improvement.

Don't trust the good weather and just go around the city in your t-shirt. I got a cold and next couple weeks weren't that fun. After that day I always went out with a thin jacket and a scarf, even if it was 27+ °C outside. I just rolled up my sleeves, except on the beach were I took clothes off to get some sunshine on my skin. 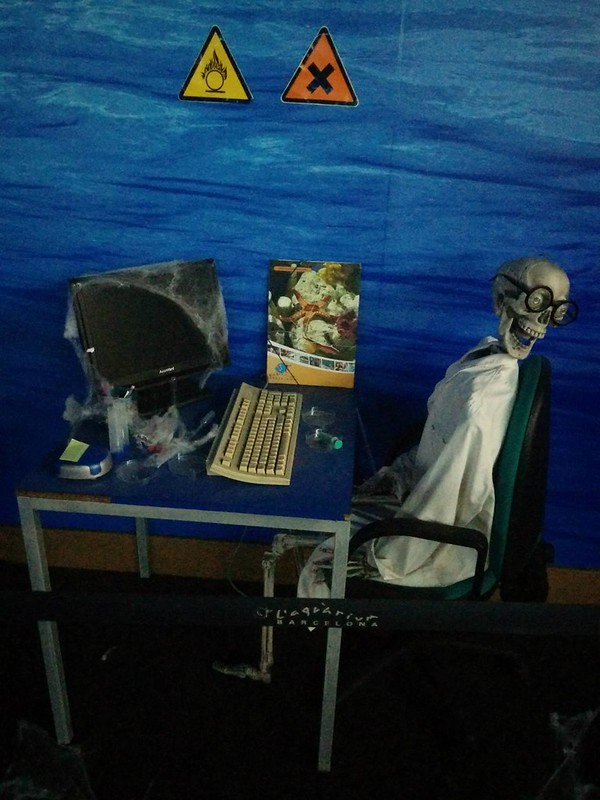 During my Amsterdam trip I tried to visit at least one museum/attraction a day, and I enjoyed that. I don't know if I had enough of them for a while or for some other reason, but I was really disappointed in the museums/attractions in the Spain. I had marked all the places which looked like they might be interesting. After visiting a few (aquarium, chocolate museum, some others I can't remember), I defaulted to doing that I love - walking randomly around. A lot of places to see are churches which from religion standpoint I'm not that interested in (my religion is believing in myself), and from architecture standpoint it doesn't wow me so much. As for other places, you pay for quite expensive tickets, spend some time around, and leave thinking that it might have been more interesting to burn that money. After a few experiences like that I abandoned the idea of visiting museums/attractions. 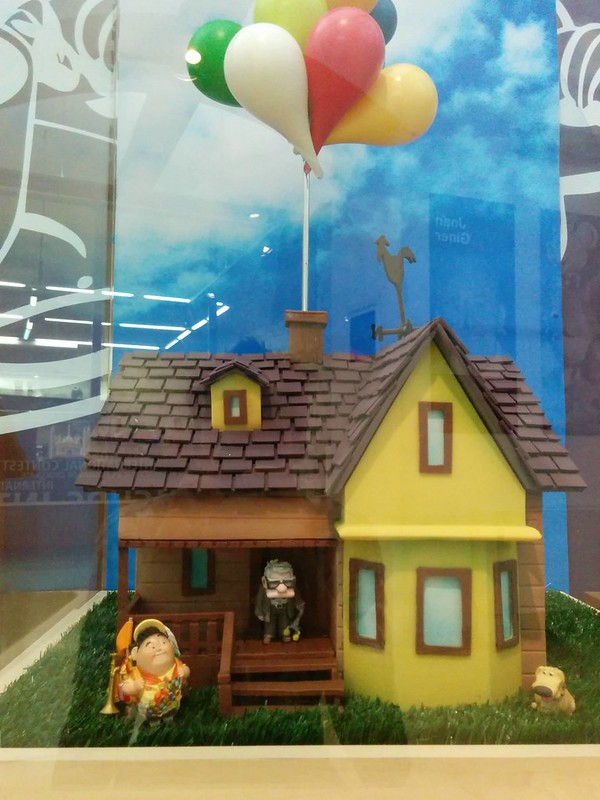 My choice is to try (not always successfully) to stay in the moment and enjoy the moment without trying to photograph every single step (I allow myself to take up to 10% of that I would want to take a photo of) or visiting every single place. Choose quality over quantity. Most of my time was spent walking from the place I lived down to the beach, reading a few articles on the grass by the beach, then walking through the beach enjoying the sand between my fingers, listening to the waves, doing some people watching, and returning back to my place through some random streets. 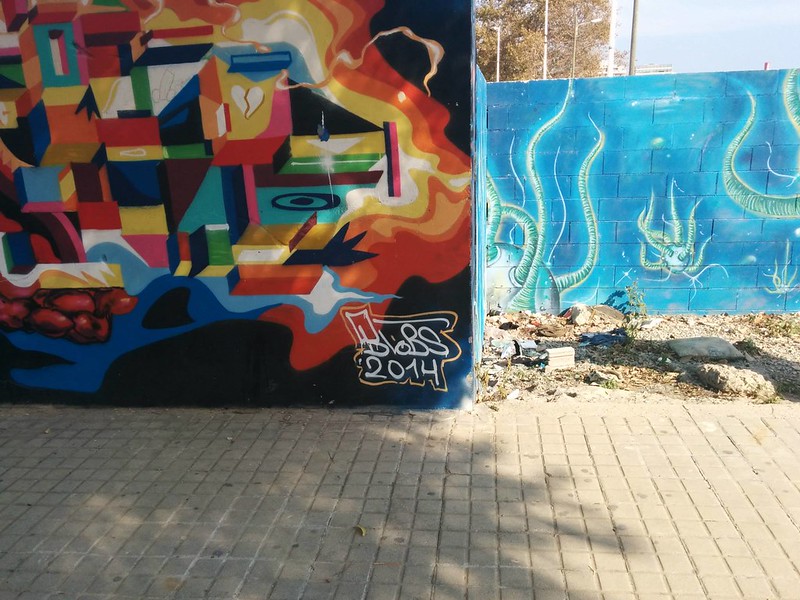 When I'm trying to choose where to go, most of the time I just open the map, look for big areas of blue or green color and start moving toward them. From where I was staying it was a great chance to explore the north side of Barcelona which has a lot of green in the map. During random walks I ended up at the Park Güell, which is made from a paid and free parts. My suggestion, just skip the paid part. Why? It costs a lot, you have to wait for a long time before you can enter, there's nothing to see, you can see everything in 5 minutes, and you can see the most of it from the free part of park. As I had a few hours before my admission my choice was to explore the free part of the park, which was a lot of fun. At first following the trails, exploring the plants, and enjoying the view from the higher places. Then starting to climb higher, walking into random directions, enjoying the adventure (add some imagination and you might as well be walking through some forest). One thing you have to watch while doing this is squatting people with bulging eyes and not stepping into someone's squatting results. 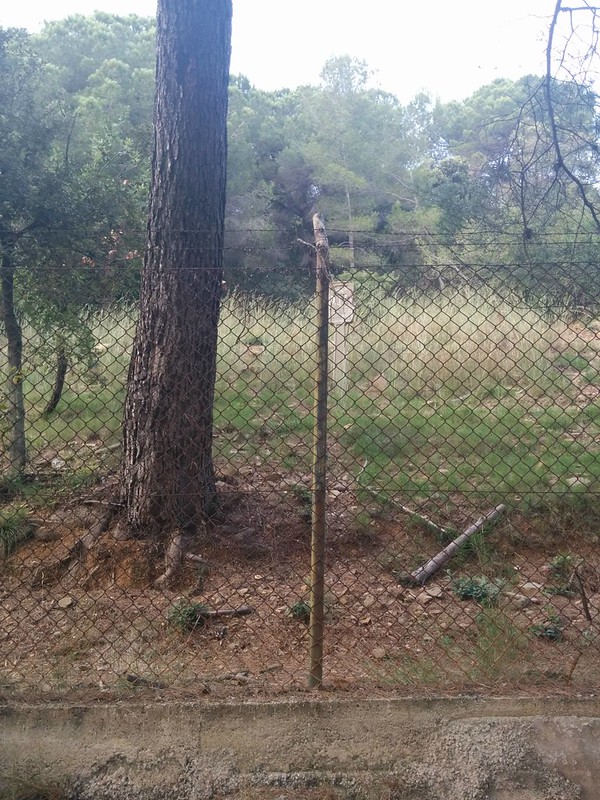 During another random walk I visited Parc del Laberint d'Horta which costs less than a few euros, but it's definitely worth at least 10. The only place were I was happy to pay (I don't think I'm cheap, I just don't like to pay for something and receive no value in return). After entering it you're so overwhelmed with greenery that even an audio book is not needed, all that nature is enough. At first it's hard to decide which path to choose, but they more or less are connected and you can just take one of them. I chose to go to the right and more or less zig-zaging my way around and climbing up, imagining from time to time to be attacked by a wolf or some other beast just for more fun. Unfortunately, the park administration has decided on how high you can climb and it's a bit disappointing to run into a fence. Still a lot to explore. 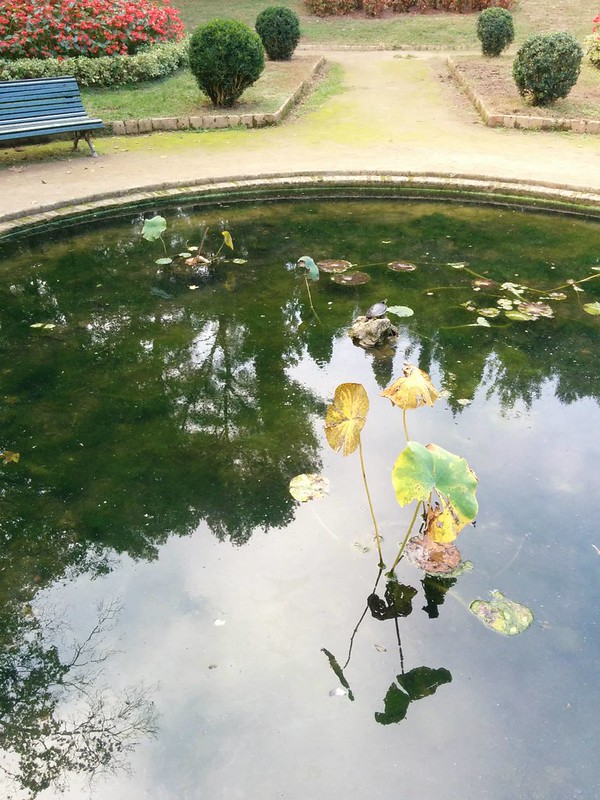 I can't remember how long I spent in that park, but I do know I walked every place I was allowed to visit, circling back and revisiting some places few more times. Found a pond which looked like a perfect setup for a photo. Sitting for at least half an hour, looking at the turtle, trying to decide if it was a real or a fake one. 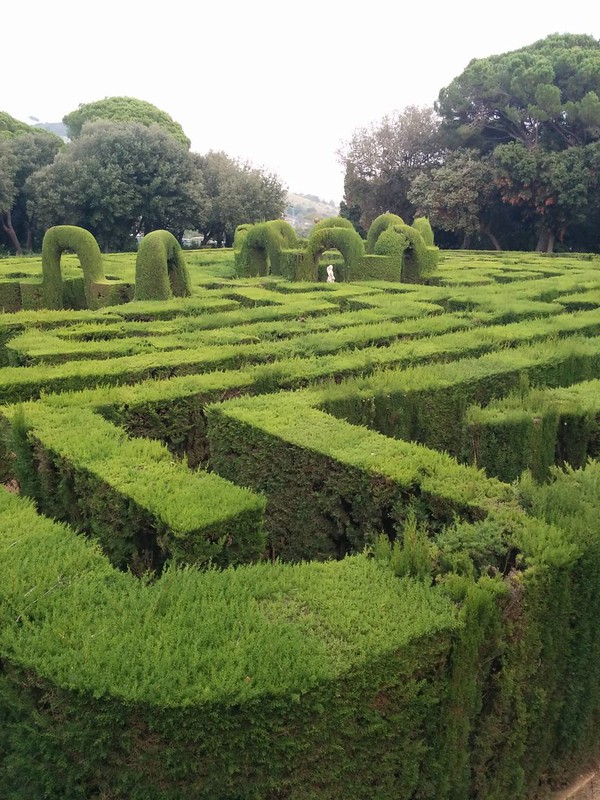 Before leaving visited the labyrinth. Can't say I was impressed with it, as it had some holes in the wall from missing greenery (maybe because it was before being closed for maintenance), and it was too noisy taking away a lot of excitement that you might be alone in a never ending labyrinth. At least until I ended at the dead end thinking "OK, it's not as bad as I though." Then hitting another dead end "How the hell did that happen, I just came from here." Still not as great as it could be and it was least exiting place for me in that park. PS: do you know how to find the exit from the labyrinth?