The Amsterdam also has an Ice Bar. The ticket includes a drink in the normal bar. When time for another group comes you see an instructional video, put on some special clothes and enter I would say a medium sized freezer. It contains a bar made from ice and a few ice sculptures, nothing fancy. You can get two drinks which is either beer or vodka with juice (or without). As you can get only one glass the host suggests to choose your first drink wisely as you might end drinking beer from a shot glass. Glasses are also made from ice. You have big gloves, but make sure you're holding it tightly as a lot of them end up on the ground. Even thought the jacket keeps you warm enough I wouldn't suggest shoes with thin soles, your feet will get freezing fast. Or at least don't stop moving. I found this a pleasant experience and if you drink it's worth a visit. Barcelona also has the Ice bar by the beach and would have visited it again except I wasn't drinking anymore at that time.

As for the Heineken factory museum I would suggest to skip it. Unless you're some college student which finds things like this interesting. I had my doubts about visiting it, but while walking past it decided what why not, maybe it will have something fun. What a waste of money & time. The big part of it is commercials related material or some crappy touristy things. It has some learning elements about how the beer is made, but they are not that interesting to catch your attention. At one point there is some kind of a ride which might be fun except what you would need to wait at least 20 minutes for it so you just skip it. At the end you can choose if you want to get two glasses of beer or one which you can pour yourself (which also has an enormous line). I disliked this one and recommending to skip it. Rather go spend that money to visit Amsterdam Dungeon for the second time.

You can also find Torture Museum in Amsterdam. It isn't expensive so if you have nothing better to do you might want to visit it. Most of the time you're just walking through badly lid corridors checking out some torturing instruments and reading info about them. Other than a few strange/painful torture devices there isn't much to do in this one.

I also visited a Jews Museum, more or less because I was walking past it. It's a nice museum. I'm just not emotionally invested in what it has to offer for it to be of much interest. If you're a Jew or connected to this topic I'm sure you would find it interesting. Choose yourself.

Farther away from the city center you can find the Tropenmuseum. Take the lift to the top floor and start exploring it. I would say it's an interesting museum and allows you to get some basic knowledge about cultures from around the world. From amazon tribes to American sixties. It allows you to get a feeling how it might felt to be in some pop cafe or inside a hut. It was a relaxing place to visit and my suggestion would be to check it out. 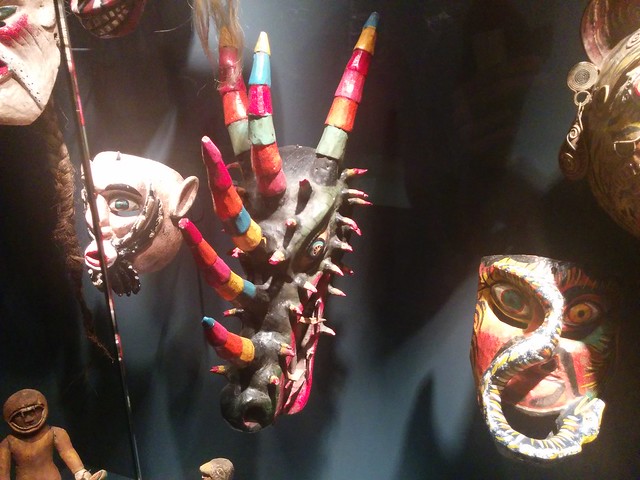 Near the NEMO science center is the maritime museum which isn't that easy to miss due to a big ship outside it. As in most places you will be asked to put your bag in the locker which in here is a bit trickier than in most places were you give it to someone or get a key for locker. This one is higher tech, but as long as you follow the instructions you should be fine. The building has many wings which has different expositions. Can't remember them all, but some of things which you will see is history of slavery and lot of ship models. I found that just wondering around felt relaxing as this place had a nice "aura." The ship is a little modified replica of some real ship. Below deck you will find storage space and living quarters. Don't forget to jump into one of hammocks and let your legs rest for a minute. I could also say that the ship wasn't made for tall people so watch your head! Above deck you find living quarters of a captain, the kitchen, steering wheel (you can tell I'm not an expert on ships). All in all I wouldn't say that museum has something out of ordinary to show, but I found it relaxing and suggest to visit it. Also if you would look at the ceiling you might see the cousin of WALL-E cleaning the windows. 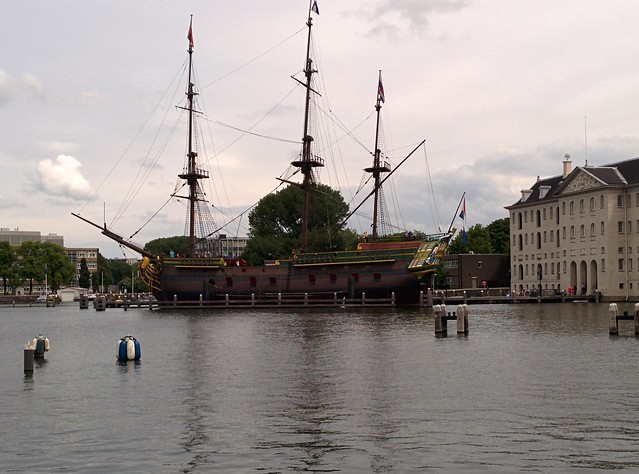 Of course you can't talk about Amsterdam without mentioning Red Light District. Skip the rest of the article if this topic is not acceptable to you.

It's so integrated into the city center that you will probably pass it even by accident. You should watch out were you're walking as sometimes you might get blinded by a nice pair and have an accident. If you came to Amsterdam for bodily pleasure there are enough choices to find something you like. I personally look at all this RLD like an equivalent of fast food restaurant: get in, get out, vomit around the corner. No, I'm not against prostitution and just like prostitutes my stance is what it should be legal everywhere. I just look at sex in a different perspective and RLD approach is not for me. If you didn't come to visit red or blue lights, you will soon start filtering out all the knocks and invitations.

If you walk around the church you might notice a pair of breasts on the ground. On internet it's made much more exciting, in reality it's - meh. From the smell you might also notice that RLD has a lot of coffee shops. I always liked the look and smell of cannabis plant, but now the smell makes me nauseous and had to do some navigation to avoid it. RLD is beautiful and has a different feel after sun down. Of course you hear a lot more of "pssst, cocaine?" Just keep on walking.

I would suggest to visit the prostitution museum. Especially if you think it's a joke and if you're paying for these services you can be an ass and do whatever you want. If you're on the next side of scales where you think prostitution is an abomination, should be banned and punished you should also visit and maybe learn a thing or two. Wondering what is my view on this topic? In my opinion every one of us is a prostitute, the only difference is only which part of yourself you're selling. Just try to be a decent human being and that's it.

You will find Hash & Hemp museum in RLD. It doesn't have anything very exciting, but it's a nice museum to visit. For a few euros you get a chance to see some artifacts from the old days. If you have time to spend I think it's worth it. 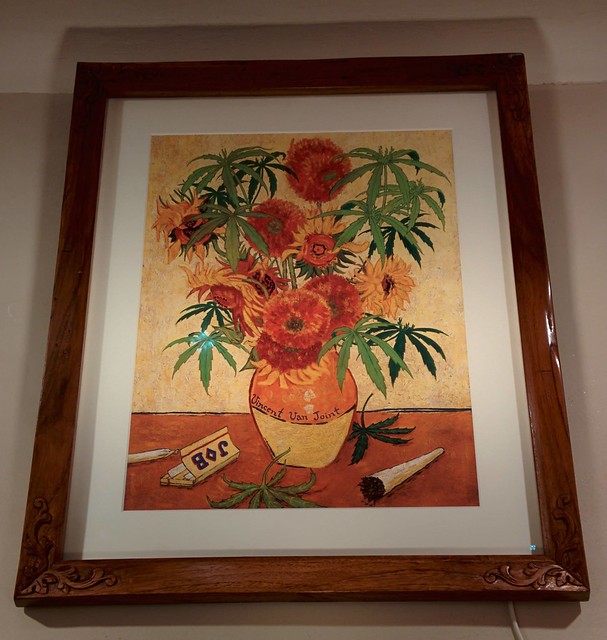 RLD has a few establishments providing live shows. The best choice would be Casa Rosso Theater or it's the one I visited. It's not cheap at about €50 with two drinks, but in my opinion worth the experience. You enter something that looks like a small cinema/theater with seats split into two sections. Right section is for groups (from that I understood) containing noisy teenagers who already had a little too much to drink. The left side contains walk-ins ranging from normal looking people to some shady looking people in raincoats. Once in a while the waiters walk in bringing the drinks and taking the orders for drinks. I guess the place has to look the part and if I had to describe how the waiters looked like I would say take someone from 60's or 80's porn movies (I still have no idea how it should look, but it's the thought which comes to mind). The shows have a mix of a girl playing with herself, a pair having fun, strip with someone from the audience, games with audience participation. If you want to take part in the show avoid being a walk-in. Learned that I was right about Rammstein music being good for "making love." Also that I should start exercising. A nice experience to put under your belt if you have €50 to spend and want a few giggles.