After purchasing the tickets to a SymfonyCon in Madrid I decided it would be great way to explore Spain. In Lithuania during that time weather gets colder so this will let me enjoy summer for a bit longer. My trip was supposed to be from October 23rd to December 9th. Maybe not the warmest months in Spain, but for someone who doesn't enjoy when it's very hot it looked like it will be a pleasantly warm trip. 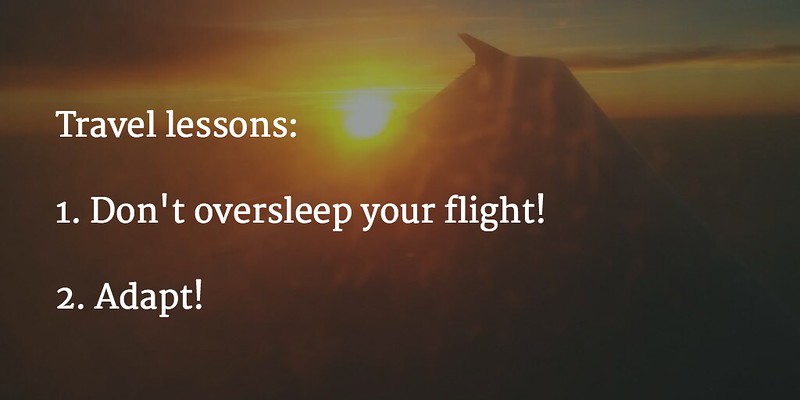 Some might wonder why it was "supposed" to be during that time range. The reason is simple with two great lessons for traveling: don't oversleep your flight and adapt. 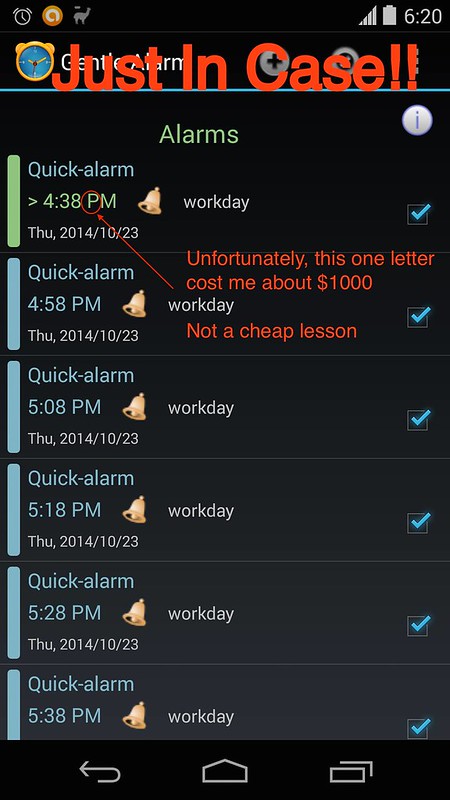 Actually, I wasn't surprised when this happened as the beginning of the trip wasn't going so well. Almost forgot my passport and almost got into head-on car crash. And I knew I will have to learn this lesson sooner or latter. For people who might be thinking "what an idiot, oversleeping a flight after setting up 10 different alarms," I completely agree with you. Just not much to do when you set it for PM, not AM. But you can be damn sure I won't allow this to happen again anytime soon. Now I'm too paranoid and have multiple systems in place.

You would also want to adapt quickly to situations and react with a cool head. I won't lie, I had thought about just dropping the whole thing and going back home where it's safe and relaxing. You can't succeed without failing. Half an hour later I had bought new tickets, canceled the reservations I won't be able to take, booked new places to stay at and ready to go for a chilly morning walk to freshen my head. It might have added an extra expense of $1000, but I always laugh remembering it, while the people who hear it are recovering from the shock.

After a long 3 hours flight and enjoying a wonderful sunrise I'm in Barcelona ready to be overwhelmed by new experiences. It's an early morning. Streets are almost empty and it's something indescribable to see palms and enormous buildings for the first time. Unfortunately it doesn't last for long as palms get filtered out just like ordinary street posts. Streets are dirty like everywhere else (cans, cigarette buts, etc.) and the buildings just give a feeling like they are trying to measure who has a bigger one (you know what). 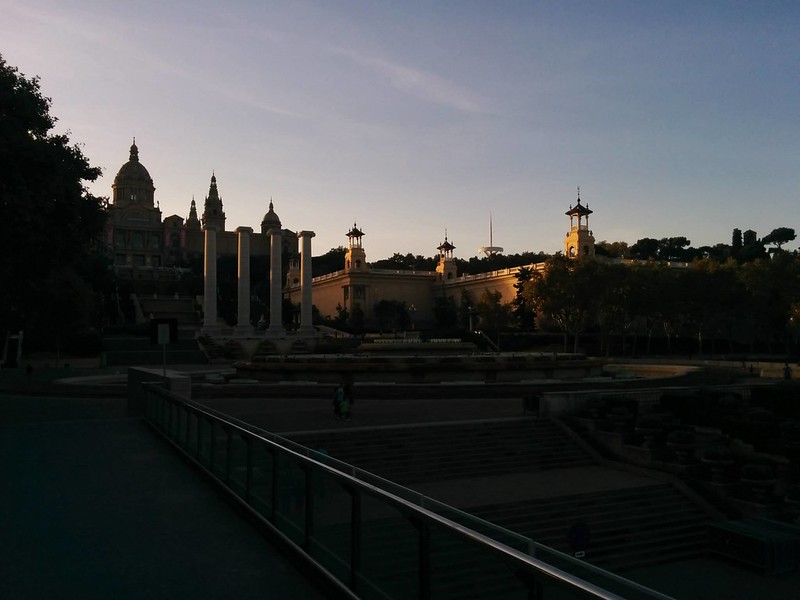 Still, it's not everyday you travel hundreds of miles to a completely different country, and I'm grateful for that.