The last day the weather was getting better and I thought about visiting a few other places I had on the list. Until I understood that I reached that point where I don't care anymore about the journey and just want to reach the destination. No point in getting over the head just to put another check mark on the list. Spent the rest of the day in the park, sitting & relaxing until it was time to leave Amsterdam. 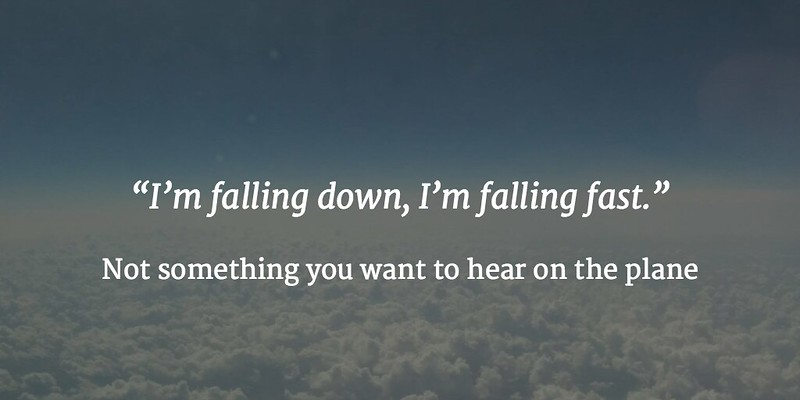 Unfortunately my journey got a little longer than I wanted. I think right after I bought the train ticket (I would have been told before buying if there were issues), something happened to the power lines (from what I was able to find out later) and the line between Amsterdam-Eindhoven was closed. At that time I didn't had a lot of experience riding trains and every information was in Dutch. Was walking around trying to figure out which train I should take and starting to get a feeling something is wrong. Got into one train, but my gut started to tell I should get out. After some time asked an employee which train is to Eindhoven and she told I have to get on that train (by pointing), go to Rotterdam and then go to Eindhoven.

A much longer trip than I expected. Towards the end I started to notice that the train might not go to main train station. Maybe I was wrong, but it looked like at one point it will start going in opposite direction and the last time I waited I ended up in an airport not a city center. It was time to make a decision and I chose to get out and walk the rest of the way (if I was right it would be a shorter walk than going all the way).

I was in a middle of nowhere and had about 30 minutes to walk 10 kilometers. If I was late I will need to wait about an hour for the next train which would also take longer than 1.5 hours to reach the Eindhoven. This trip got long enough so no thank you. At this point I was very happy about traveling alone and only with a backpack. Started looking at the map and taking long fast strides to get a chance to reach a train station on time. Looking for fastest way led me through roads, fields, shady neighborhoods, etc. Didn't care. Just kept on walking from time to time letting out a curse word and motivating myself with "if you gonna be late I will punch you in the face, hard."

After I got the train station in my view it felt great and I was still on time. Of course waiting in the line to buy the ticket, seeing how slowly it was moving and how fast the watch arrow turned was nerving. Was able to buy the tickets, go to the WC and wait on platform one minute before the train arrived. Sat down, relaxed. All that was left was a 1.5 hours train ride and my journey is done.

Or so I thought. Contacted my airbnb host that I will arrive in a few hours and come to him after I got a glass of cold beer somewhere to relax my nerves. My host suggested that I won't take too long as a big storm (supposedly) will start at around 11PM. I thanked him for the warning, the day was already long without any extra surprises.

After leaving the train I bought a can of beer at the train station shop. The day was long enough without having to go to some noisy bar. 8 minutes of walk to the place of my stay for the night and this long day would be done. I left the train station, walking towards the traffic lights and after a few meters the rain starts drizzling. Nothing what would be bad for 8 minutes, but just in case I put on my jacket. After few more meters the rain starts pouring in buckets. Fuck! Spent the next 8 minutes sprinting and looking for non existent places to hide from the rain.

The host opens the doors and I'm standing dripping water only with my underwear dry (so not the worst walk in the rain I had). He shows me around the place and at first I go to the shower. After which I'm starting to feel like a human again. Open a can of beer and work for half an hour; just needed something to do where I would be in control. 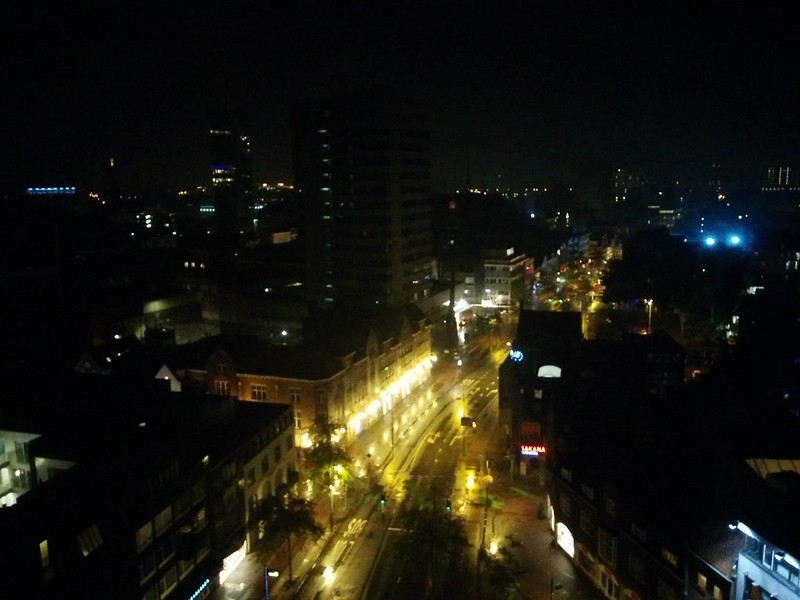 My room was in a 11th floor and in something that I would call a glass balcony. With a thunderstorm going outside at least I slept very well (rain, thunder, turbulence relaxes me & helps me sleep). The next morning I took the bus to airport. Of course the ticket machine takes no paper money & who the hell has coins (they are heavy). After going through all the bus and exchanging 5 euros in paper to about 3 euros in coins (didn't care anymore, just needed the ticket) I reached an airport.

While boarding the plane the hostess suggested that maybe I would like to take the exit row seat. My first thought - oh great, gonna get lost one more time, well at least I will have enough room for my legs until we crash. I sit down, turn on vocals chill-out music & try to relax. Towards the landing the turbulence starts to pick up helping me to relax and add panic for others. When the following lyrics come up "I'm falling down, I'm falling fast." I'm not making this up, this would be too stupid to make up. I take report of my surroundings - had a fresh drink of water, nice music is playing in my head, sitting comfortably - screw it, we can crash, I'm feeling happy now. Still couldn't stop myself from starting to chuckle from this situation. Which I find from side view might have looked a little disturbing. Well, we landed safely and this was the end of the trip.

I don't think I would like to live in Amsterdam/Netherlands. If I started to drink & smoke it might have extra points about living there, but still wouldn't sell me so easy on long term living. But after some time I noticed that I do like Amsterdam. It's a wonderful place & walking around it for a week or few makes me happy.